Donate a vehicle to
The Climate Center 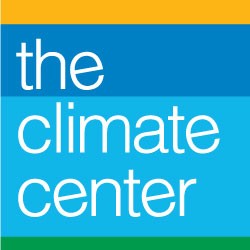 The Climate Center seeks solutions commensurate with the magnitude of the problem. As important as it is for individuals to take action, we especially need solutions at the policy level that can address the problem at the speed and scale required by science.
We create model programs for communities everywhere to reduce greenhouse gas emissions. We make it easier for people to address climate change and ensure that future generations can continue to live, work, play, and thrive on this extraordinary planet.

Our mission is to inspire, align, and mobilize action in response to the climate crisis.
We work with business, government, youth and the broader community to advance practical, science-based solutions for significant greenhouse gas emission reductions.

Ann Hancock and Mike Sandler started The Climate Center in 2001, with a focus on influencing local government to prioritize the reduction of greenhouse gas emissions. While working on Sustainability First, a general plan for the City of Marin, Ann had learned about the global ICLEI program Cities for Climate Protection, whose motto is “local action moves the world.” The program works with local governments to commit to and achieve greenhouse gas reductions goals.

Ann and Mike believed that for climate protection to succeed, places like their home community—Sonoma County—had to set the bar, so they founded The Climate Center (originally The Climate Protection Campaign) to provide leadership and support for local governments.

In summer of 2001, they set the organization’s first goal: to have the county and all nine of its cities commit to the Cities for Climate Protection program by 2002. The issue of climate change was not in the spotlight at that time, but Ann and Mike achieved their goal four months ahead of schedule. Sonoma County was the first county in the nation to have all its cities and the county be 100% committed to emission reductions.

With the county and all cities on board, the Center began calculating the emissions for all local government operations and the community at large. Emission inventories for local government operations were completed in September 2003, and inventories for the community were completed in 2005. This paved the way for the next step: setting an emissions reduction target.

The Center organized a goal-setting workshop that included representatives from each of the ten local governments in the arenas of business, youth, government, and the community. The representatives concluded that they would recommend that Sonoma County and its cities reduce emissions 25% below 1990 levels by 2015, the boldest target in the U.S. at the time. From there, The Climate Center developed the Community Climate Action Plan, a blueprint for achieving the emission reduction target in a cost-effective and politically feasible manner.